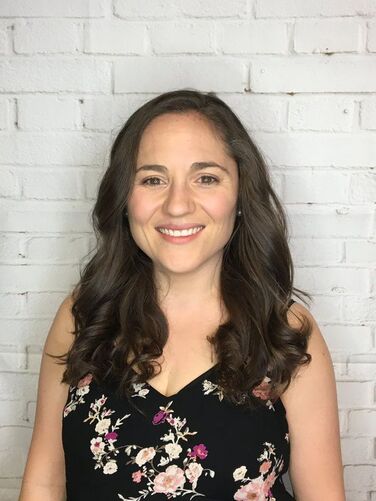 ​Dr. Janna-Marie Doni was born and raised in Sudbury, Ontario. After obtaining a Bachelor of Science Degree at Laurentian University, she completed four years at the Canadian Memorial Chiropractic College in Toronto, and graduated as a Doctor of Chiropractic in June 2006. Dr. Doni spent a year in Galway, Ireland, working as a chiropractor and traveling. She returned to her hometown in September 2007, and after working as an Associate Chiropractor for 4 and a half years, she opened up Vita Chiropractic and Wellness Centre in January of 2012.

With her patients, Dr. Doni focuses on correcting spinal dysfunctions, as well as providing advice on nutrition (following Paleo principles), supplementation, exercise and stress reduction. She loves taking care patients of all ages, however, has a special love for babies, kids and pregnant Moms.

As much as she loves being a chiropractor, this is secondary to her favorite job ever: being a mom to her four year old son Cruz.
​
Dr. Doni grew up figure skating for the Sudbury Skating Club. While a chiropractic intern in Toronto, she was the chiropractor to Jeffrey Buttle, 2006 Olympic bronze medalist and 2008 World Champion in figure skating.

Dr. Doni believes it is important to give her time to help promote her profession, and does so by volunteering as the Treasurer and Secretary for the Sudbury Society of the Ontario Chiropractic Association.
​
In 2008 and 2010, Dr. Doni won Sudbury's Favorite Chiropractor in the Sudbury Star Reader's Poll. She was awarded Female Young Professional of the Year from the Young Professional's Association of Sudbury in 2008. In 2010 she was awarded the Young Woman of Distinction award from the YWCA. In 2015 she won a Top 40 Under Forty award from Northern Ontario Business for her contributions to our community. And lastly, in 2020 she was a finalist for the Small Business Enterprise category of the Bell Business Excellence Awards.